School Poems for pupils of all ages. Here you will find a list of poems about school. You can use these poems for reading to school day.

Round and round the playground,
Marching in a line…

I’m cleaning house
In my brain…

Oh, please let me have another half hour in bed.
It feels like the pillow is stuck to my head…

Still sits the school-house by the road,
A ragged beggar sleeping…

My child and I hold hands on the way to school,
And when I leave him at the first-grade door…

Mrs Cox has a fox
nesting in her curly locks…

It’s the last day of school!
Let’s go to the pool…

My best friend is a book
that doesn’t give me a weird look.
It is like a golden door
that takes me to the land where I have never been before.
It tells me the tales of a fairy
that take me to the land full of merry.
Some books are boring like history,
which is like a big mystery.
Books are the source of enlightenment
that vanquish darkness and fill our life with brightness.

Round and Round by John Kitching ​

Round and round the playground,
Marching in a line,
I’ll hold your hand.
You hold mine.

Round and round the playground
Skipping in a ring
Everybody loves it
When we all sing.

Round and round the playground
That’s what we like:
Climbing on the climbing frame,
Riding on the bike.

Round and round the playground,
All together friends.
We’re sad, sad, sad
When the school day ends.

Cleaning House In My Brain by Kalli Dakos

I’m cleaning house
In my brain,
It’s BACK TO SCHOOL
Time again.

Bring my memory
Back in gear,
Sweep the channels,
Crystal clear.

My brain is
An amazing tool,
And it’s all ready for
BACK TO SCHOOL!

Where Do All The Teachers Go? by Peter Dixon

Oh, please let me have another half hour in bed.
It feels like the pillow is stuck to my head.

I’m cozy and I’m warm and my dreams are all nice.
I don’t want to face a day of frost and of ice,

My eyes keep on closing, my brain’s in a fuzz.
If I don’t get up soon, I’ll miss the school bus.

Why is the best sleep when it’s time to arise?
I only wish now I could open my eyes.

I’m drifting again; the world’s going dim;
it’s the Land of Nod that I’m entering in.

Then suddenly I’m awake, with a start and a jump.
I say to myself you are a great chump.

School is no-go, at least for today.
Why is that so? Because it’s Saturday-hooray.

At the End of a School Day by Was Magee

It is the end of a school day
and down the long drive
come bag-swinging, shouting children.
Deafened, the sky winces.
The sun gapes in surprise.
Suddenly the runners skid to a stop,
stand still and stare
at a small hedgehog
curled-up on the tarmac
like an old, frayed cricket ball.
A girl dumps her bag, tiptoes forward
and gingerly, so gingerly
carries the creature
to the safety of a shady hedge.
Then steps back, watching.
Girl, children, sky and sun
hold their breath.
There is a silence,
a moment to remember
on this warm afternoon in June.

In School-Days by John Greenleaf Whittier

Still sits the school-house by the road,
A ragged beggar sleeping;
Around it still, the sumachs grow,
And blackberry-vines are creeping.

Within, the master’s desk is seen,
Deep-scarred by raps official;
The warping floor, the battered seats,
The jack-knife’s carved initial;

The charcoal frescoes on its wall;
Its door’s worn sill, betraying.
The feet that, creeping slow to school,
Went storming out to playing!

Long years ago, a winter sun.
Shone over it at setting;
Lit up its western window-panes,
And low eaves’ icy fretting.

It touched the tangled golden curls,
And brown eyes full of grieving,
Of one who still her steps delayed
When all the school were leaving.

For near it stood the little boy.
Her childish favor singled;
His cap pulled low upon a face.
Where pride and shame were mingled.

Pushing with restless feet, the snow
To right and left, he lingered;—
As restlessly her tiny hands.
The blue-checked apron fingered.

He saw her lift her eyes; he felt.
The soft hand’s light caressing,
And heard the tremble of her voice,
As if a fault confessing.

“I’m sorry that I spelt the word:
I hate to go above you,
Because,”—the brown eyes lower fell,—
“Because you see, I love you!”

Still memory to a gray-haired man
That sweet child-face is showing.
Dear girl! the grasses on her grave
Have forty years been growing!

He lives to learn, in life’s hard school,
How few who pass above him
Lament their triumph and his loss,
Like her, because they love him.

Do Your Homework Now by Tyler

I’ve told you once, mom’s told you twice.
Forgetting homework just isn’t nice.
Homework is like getting dressed;
got to do it to be your best.
You say it isn’t fair,
but people do it everywhere.
Do it now, get it done.
I know, I know it isn’t fun.
Homework is like cleaning your room,
except you don’t have to use a broom.
Do it now; we’ll give you a treat,
something tasty good to eat.
We’re like parrots repeating stuff,
like our brains have turned to fluff.
JUST DO YOUR HOMEWORK NOW!

September, the First Day of School by Howard Nemerov

I
My child and I hold hands on the way to school,
And when I leave him at the first-grade door
He cries a little but is brave; he does
Let go. My selfish tears remind me how
I cried before that door a life ago.
I may have had a hard time letting go.

Each fall the children must endure together
What every child also endures alone:
Learning the alphabet, the integers,
Three dozen bits and pieces of a stuff
So arbitrary, so peremptory,
That worlds invisible and visible

Bow down before it, as in Joseph’s dream
The sheaves bowed down and then the stars bowed down
Before the dreaming of a little boy.
That dream got him such hatred of his brothers
As cost the greater part of life to mend,
And yet great kindness came of it in the end.

II
A school is where they grind the grain of thought,
And grind the children who must mind the thought.
It may be those two grindings are but one,
As from the alphabet come Shakespeare’s Plays,
As from the integers comes Euler’s Law,
As from the whole, inseperably, the lives,

The shrunken lives that have not been set free
By law or by poetic phantasy.
But may they be. My child has disappeared
Behind the schoolroom door. And should I live
To see his coming forth, a life away,
I know my hope, but do not know its form

Nor hope to know it. May the fathers he finds
Among his teachers have a care of him
More than his father could. How that will look
I do not know, I do not need to know.
Even our tears belong to ritual.
But may great kindness come of it in the end.

Where Teachers Keep Their Pets  by Paul Cookson​

Mrs Cox has a fox
nesting in her curly locks.
Mr Spratt’s tabby cat
sleeps beneath his bobble hat.
Miss Cahoots has various newts
swimming in her zip-up boots.
Mr Spry has Fred his fly
eating food stains from his tie.
Mrs Groat shows off her stoat
round the collar of her coat.
Mr Spare’s got grizzly bears
hiding in his spacious flares.
And . . .
Mrs Vickers has a stick insect called ‘Stickers’
. . . but no one’s ever seen where she keeps it.

The Teacher’s Day in Bed  by David Orme

Our teacher’s having a day in bed –
She’s sent her pets to school instead!
There’s . . .
A parrot to read the register,
A crocodile to sharpen the pencils,
A canary to teach singing,
An adder to teach maths,
An octopus to make the ink,
An elephant to hoover the floor,
An electric eel to make the computer work,
A giraffe to look for trouble at the back,
A tiger to keep order at the front,
A reed bunting (can’t you guess?
to help with reading, of course!),
A secretary bird to run the office
A piranha fish to give swimming lessons
(Glad I’m off swimming today!),
A zebra to help with crossing the road,
Oh, and a dragon to cook the sausages.
I bet that none of you ever knew
Just how many things a teacher can do!

Summer And School by Sarina

It’s the last day of school!
Let’s go to the pool!
Put on your bathing suit
And grab some yummy juicy fruit!
Now it’s time to tan and swim.
School is over and so is gym.
I’m going to miss some things such as art,
But I’m not going to miss my brother fart.
School made me very smart,
But now being smart doesn’t matter.
I can eat junk food and get a lot fatter.
I’ll also travel and unravel.
I’d bake brownies and cook
Instead of reading an old, boring textbook.
At the end of the month, we’ll get an HHR
So we can drive to New Jersey in our brand new car.
I have to behave and be nice in school,
But then I can do whatever I want and also be a fool. 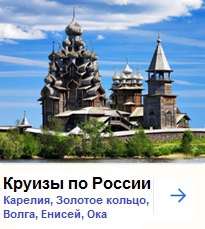 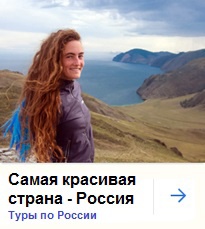 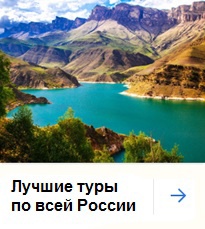 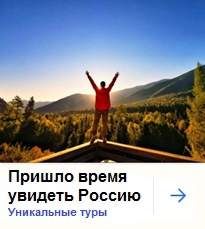